Bearded dragons do not communicate with one another through sounds. These dragons communicate via particular body language. They bob their heads to express their mood, health, and emotions. It is essential to understand the various gestures displayed by your lizard in order to comprehend their mental and physical behaviour patterns.

Understanding head bobbing in bearded dragons is critical if you want your pet to live a happy and healthy life. It is not enough to provide an appropriate habitat and a nutritious diet. You must master their body language in order to understand what is going on in your dragon’s mind.

In this article, I will explain what bearded dragon head bob is when it occurs, and much more.

What is a bearded dragon head bob?

Head bobbing is widespread in all bearded dragon species and is commonly observed when a dragon raises and lowers its head repeatedly. There is nothing harmful or serious about bearded dragon head bobbing.

You should only pay attention to the symptoms and behaviours that cause head bobbing, the blackening of your dragon-like beard, and so on.

Head bobbing can occur for a variety of reasons. It describes the dragons’ behaviour. The dragon not only bobs its head at other dragons, but also at other animals and people.

It is frequently a reaction to anything in the dragon’s environment that makes it feel uncomfortable or nervous. The dragon may be worried, attempting to secure its territory, or looking for a companion in order to find the right love connection.

Read more on how to destress bearded dragon.

Here are the following reasons why the dragons may bob their heads:

Head bobbing due to aggression:

If you notice your dragon bobbing his head up and down quickly, this could be due to aggression. Your dragon may be feeling threatened for a variety of reasons. Some of the reasons for aggressive head bobbing could be a new home, a rapid temperature change, or exposing the dragon to new owners.

If your dragon becomes enraged at you, look for ways to quiet down your enraged bearded dragon. Your dragon may want a safe environment for its habitat. However, as long as your dragon’s health does not change, you should not be concerned; he is healthy and fine.

During the mating season, your dragon may exhibit a variety of behaviours like arm-waving, beard darkening, and head-nodding, among others. It is a way for him to indicate to a female that he is interested in her, as well as to warn other males to keep away from her since he intends to mate with her.

A male dragon uses a jerky head bob to get a response from a female. A female, on the other hand, demonstrates a gradual head nod and steady arm waving to indicate that she is ready to mate with him. During mating season, female dragons are less aggressive, whilst males are more aggressive.

Head bobbing is more common during mating season, especially when males are around females and exhibit dominant behaviour during mating. After all of that head bobbing, the couple might mate. The jerky head bobbing also indicates that a male dragon is warning other males to stay away since he is about to mate.

Head bobbing due to feeling territorial:

In this case, your dragon may bob its head to assert authority over its territory. He wants to protect his area from other bearded dragons, despite the fact that it is only a little glass tank. Depending on the circumstances, you may notice your dragon bobbing their head at nothing.

This behaviour is regarded as extremely common in the wild since bearded dragons continually try to defend their territory. This activity can be observed in both male and female dragons, however, males exhibit more aggressive head bobbing than females in this condition.

Head bobbing as a sign of submission/ slow head-bobbing:

It is not advisable to have more than one dragon in a tank because this can lead to issues and battles between the dragons. However, when dragons are acquainted with one another or to prevent a conflict, the larger dragon will offer a fast head bob while the smaller dragon will make a slow head bob in submission that he is the boss.

Head bobbing as they are acknowledging another animal:

Your dragon may occasionally exhibit a non-aggressive head bobbing that has no significance. This indicates that your dragon is in the presence of another dragon or pets such as birds, dogs, cats, and so on. When you bring a new creature home, your dragon may become unsettled and begin to bob its head for no apparent reason.

When your dragon realises that the other pet is not a threat to him, he may stop bobbing abruptly. However, if the dragon’s head bobs constantly, it is best to shift the enclosure. Otherwise, it may raise stress levels and lead to health concerns.

During the breeding season, a dragon may also nod to other household pets. If the pets’ heads bobble frequently, keep them apart from one another.

Head bobbing at items of clothing and toys:

A bearded dragon may misinterpret an article of clothing or a toy as a predator, scaring them. They will begin bobbing their heads because they will perceive a threat. In this case, you must inspect your home to determine whether your dragon is being frightened by toys, clothing, or jewelry.

Remove one item at a time and watch how your dragon reacts. If you feel anything is causing distress to your dragon, it is best to remove it even if it’s a reflection of such materials in a mirror or any reflective surface then it’s best to move their tank to a different area.

A bearded dragon nods its head to demonstrate various actions or to respond to various stimuli. Some actions can be displayed by a dragon, whereas others, such as moods or intentions, cannot be easily expressed because dragons cannot talk. They communicate via their actions or moods.

So head bobbing is beneficial to a dragon. You only need to comprehend their various gestures to grasp what is going on inside them and how to respond to them. Furthermore, if your dragon is bobbing his head and appears unhappy, you must determine the main cause and try to solve it as soon as possible.

Why do bearded dragons bob their heads at people?

Bearded dragons bob their heads to express their emotions. When you first bring your new dragon home, he may bob his head to indicate that he is becoming fearful of you. His head bobbing may also signal that he is not terrified and that he regards himself as a more dominant creature than you.

Over time, you will see that your dragon’s head bobbin will decrease, and he will have learned to trust you.

Why do female dragons bob their heads?

Females bob their heads slowly, but while mating, you may notice that they bob their heads more bouncy than usual. The head bob is frequently more vibrating throughout the mating process than the normal one.

Why your bearded dragon head bobs all the time?

If your bearded dragon’s head bobs all the time, it could be because your dragon is stressed out due to an intruder or another strange animal. He could get stressed by any new piece of furniture or new stuff within or near the terrarium, such as keys, bottles, remote controls, and so on.

Look out the windows if you’ve determined that there is nothing inside the house that is generating stress in your dragon. Perhaps your dragon is intimidated by other animals such as birds, dogs, and cats, among others.

When they see their reflection in the terrarium, bearded dragons bob their heads as well. The dragon believes there is another dragon within the cage that he regards as an intruder. That’s why he constantly bobs his head.

Is frequent head bobbing something to worry about?

If you notice your dragon constantly bobbing its head and are concerned, just relax and realize that your bearded dragon is simply doing what other dragons do. Most of the time, head bobbing is one of the finest methods to express that your dragon is feeling uneasy and intimidated by other dragons.

There are numerous reasons why your dragon appears to bob its head. Spending more time with your dragon will make it much easier for you to understand why your dragon is head bobbing, and you will be able to easily ease that discomfort.

Why your bearded dragon is head-bobbing at nothing?

One common misconception made by new dragon owners is to believe that something is controlling the dragon’s head bobbing. It isn’t the whole truth. The dragons’ heads bob from time to time as a result of their feelings.

They may be bobbing their heads to establish dominance over:

Bearded dragons perform a lot of head bobbing when they’re awake, but if your dragon is doing it when sleeping, there’s nothing to worry about if there are no signs of distress or concern.

If you’re new to the world of bearded dragons, you might find head bobbing in sleep might seem unusual. However, this is normal behaviour and nothing to be concerned about. The bright light in the cage may bring distress to your dragon because dragons prefer cozy and dark sleeping environments in their habitat, which may induce frustrated head bobbing when sleeping.

It is typical for a bearded dragon’s head to bobble. It’s a fantastic visual form of communication that your dragon uses to express their emotions. Although some owners misread this concept and regard it as a major issue.

While head bobbing may not always indicate that something is wrong, it may be an opportunity for the owner to improve the level of care he is providing and to communicate effectively with your dragon.

Head bobbing has various meanings, and it strengthens your link with your dragon if you listen to your pet’s emotions, feelings, and moods. As a result, your dragon will be content and confident in your care. 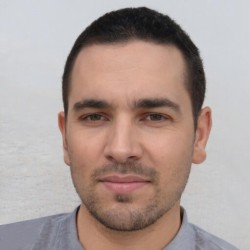